From the National President 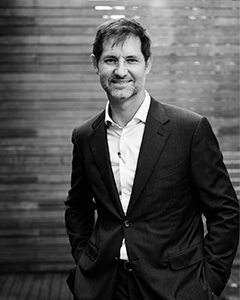 Just before Easter, National Council and the Board met in Canberra for our first face-to-face meeting for the year. I’m pleased to share with you all that at the meeting Helen Lochhead was elected incoming President Elect. Helen has been an integral member of National Council since 2013, with a short hiatus, and the Board in its current structure since 2016. Please join me in congratulating Helen who will take up the President Elect role at the AGM on 15 May when Clare Cousins is sworn in as National President. I’d also like to take this moment to thank our outgoing Immediate Past President Ken Maher for his exceptional and tireless efforts as we underwent a period of necessary renewal.

The two-day meeting also provided an excellent opportunity to welcome our newly elected Councillors Philip Leeson (ACT), Jenny Culgan (NT), Paul Trotter (QLD), Amy Muir (VIC), Justin Hill (Nationally-Elected), Troy Borg (SONA) and Thom McKenzie (EmAGN). All have come on board with much enthusiasm which serves us well as we continue to strengthen our organisation. I would also like to thank Bruce Wolfe, Andrew Broffman and Rob Henry for their generous contributions to National Council over the past two years and congratulate Vanessa Bird for being re-elected to Council as a Nationally-Elected Councillor.

The organisation is certainly in a much healthier position, our finances are on track and over the last two years we have seen solid increases across all membership categories. I’d like to take this opportunity to thank you, our members, for your ongoing support as we secure a stronger Institute.

In March a poll was conducted for all members in the International Area to vote on the formal recognition of the area as a Chapter of the Institute. The votes received were overwhelmingly in favour of the proposal and following endorsement at National Council we can now proudly declare that members in the International Area constitute our newest Chapter.

However, it remains necessary for the members at the AGM on 15 May to pass critical amendments to the Constitution that clears away any inconsistencies between the existing governance wording and the members’ intention to fully recognise the international area as a Chapter. We will be issuing the Notice of the AGM shortly and I encourage you all to vote either in person or by proxy to support these changes.

This is a progressive move that acknowledges the key role our international members play in supporting and advancing the Institute and Australian architecture on the world stage and I congratulate all involved.

This month we will be launching our new digital platform for Acumen Practice Notes. I have seen the new platform in operation and I think you will all be pleased and excited by the power of this new tool which can be used on any device. And, this is just the first element of our digital transformation project with further upgrades following throughout the year with the goal to have the project complete and operational in the first quarter of 2019.

Today marks the launch of the new suite of ABIC contracts which have undergone a comprehensive review. Learn more about the revised contracts here.

Joining the speaker line-up is Mathar Bunnag from Thailand whose work focuses on cultural heritage and has held positions at the National University of Singapore and University of Hong Kong. Bunnag was also the curator for the Thailand National Pavilion at the International Architecture Exhibition at la Biennale di Venezia in 2014. The conference is arguably the most important event on our architectural calendars – it’s not only an excellent opportunity for our own personal CPD but also provides an integral backdrop for networking and the collective gathering that unites our profession as we seek to reclaim our position within the built environment. Register now at www.architecture.com.au/edge.